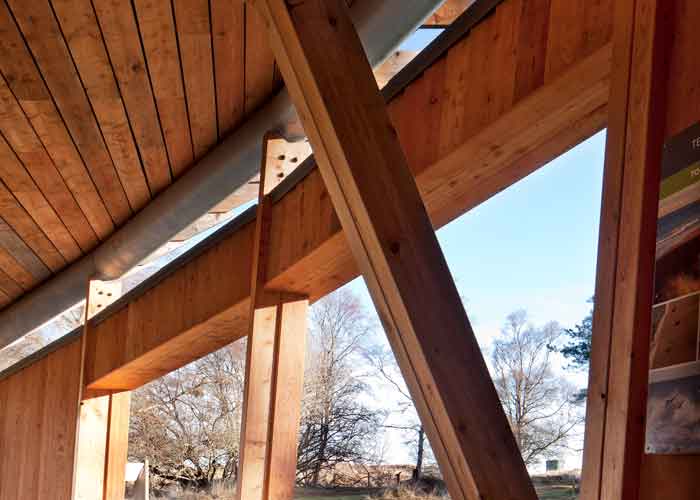 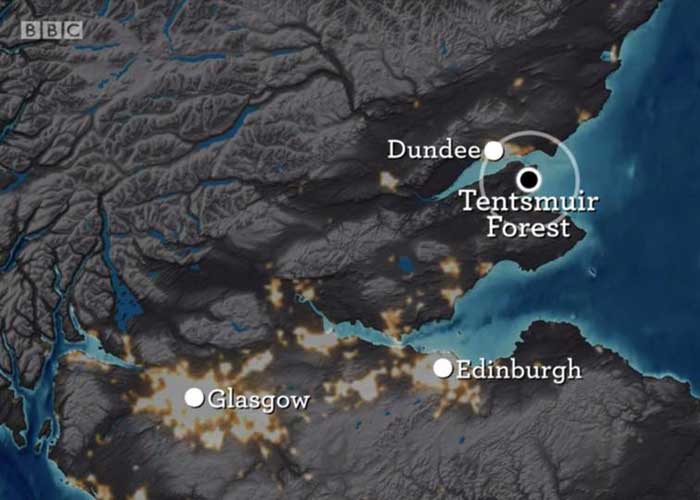 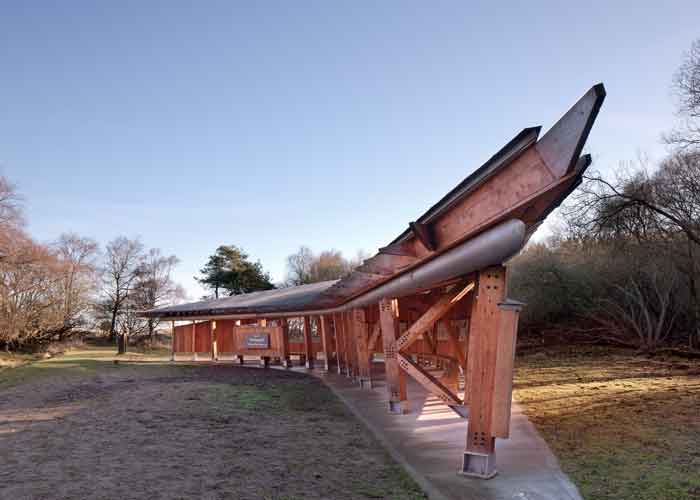 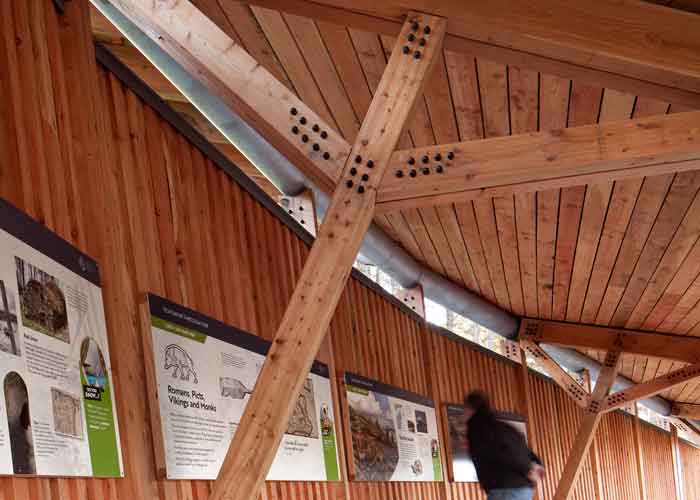 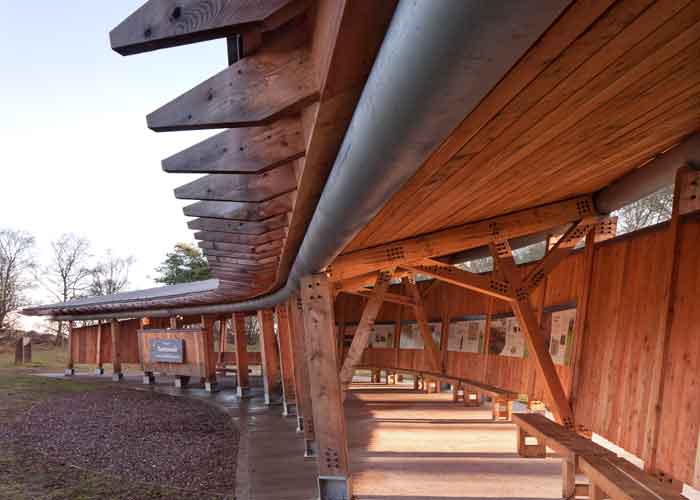 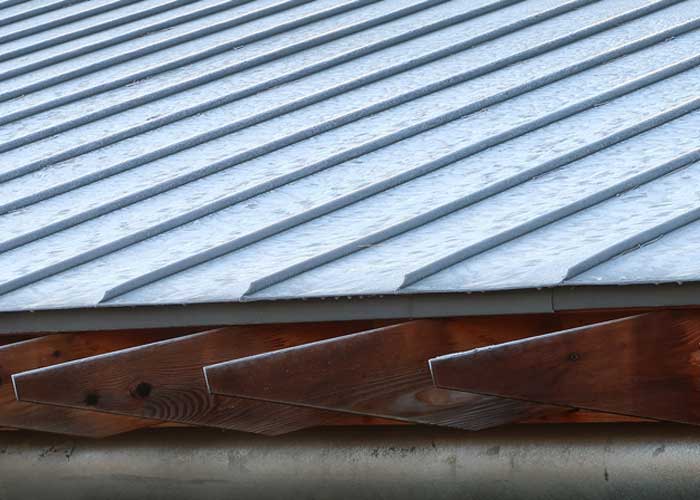 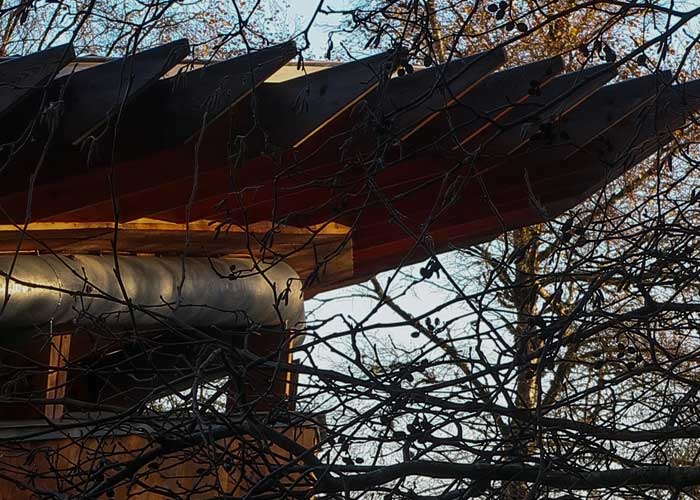 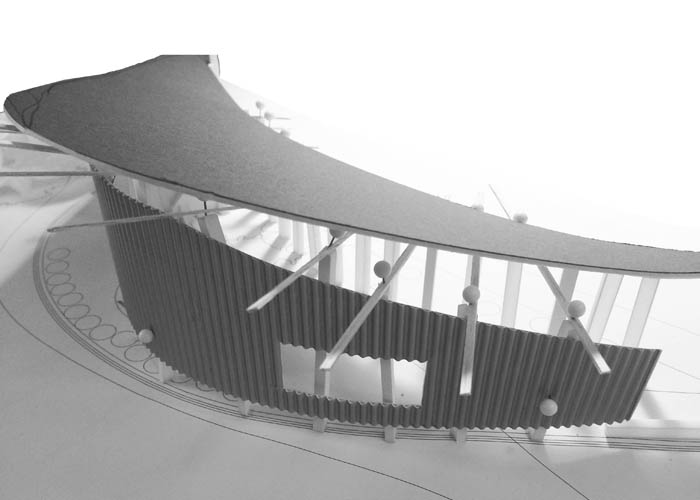 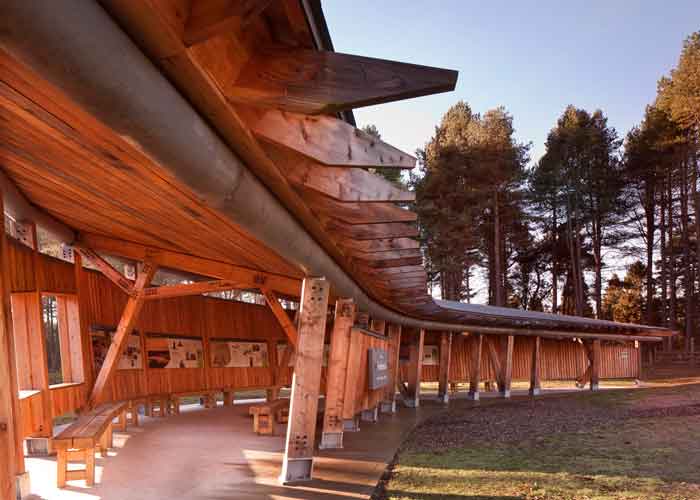 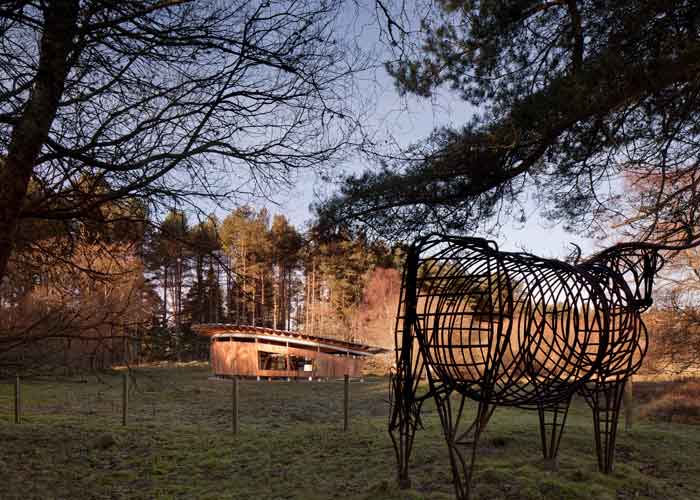 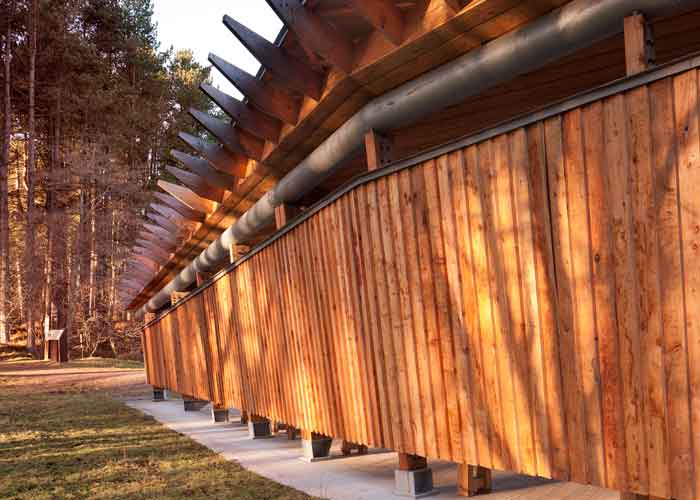 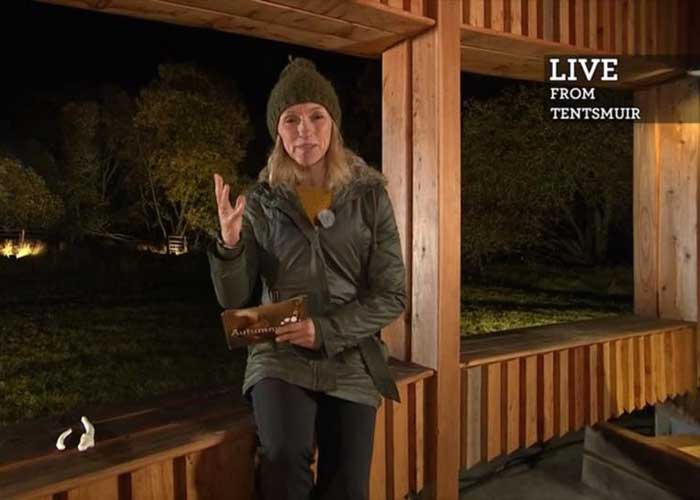 School groups regularly visit Tentsmuir National Nature Reserve (NNR) to learn about the dune system landscape and its flora and fauna. They are encouraged to explore and learn ‘hands on’ – feeling the sand in their fingers, picking up feathers and watching insects. They collect objects to illustrate their journey and bring them back to discuss with their classmates. On still days you can often hear the seals calling from their colony on a nearby sandbank.

This pavilion was commissioned to create a welcome to the NNR, a gathering and learning hub and as a shelter in poor weather. The roof shape is reminiscent of a bird wing in flight, the sail of a boat, the historic tents that gave Tentsmuir it’s name and the ever shifting dunes themselves. The site has been carefully chosen to minimise the impact of a build on the fragile landscape and habitat. It is designed to be constructed from local materials that are non-toxic, recyclable and/or reusable.  It is also designed for deconstruction at the end of its life – leaving no trace.

It was opened in June 2019 by a piper leading the local school children into the building, followed by the local MP, Councillors, SNH staff and the local community. Open 24/7, it is also always busy at weekends with the public visiting, picnic-ing, taking in view and enjoying the interpretation boards. It starred on BBC Autumnwatch in 2020 with filming based there for the duration of the programme. The pavilion was also included in the Scottish Natural Heritage ‘Biodiversity Design with Nature’ exhibition in September 2016, part of the Year of Architecture, Building and Innovation 2016.