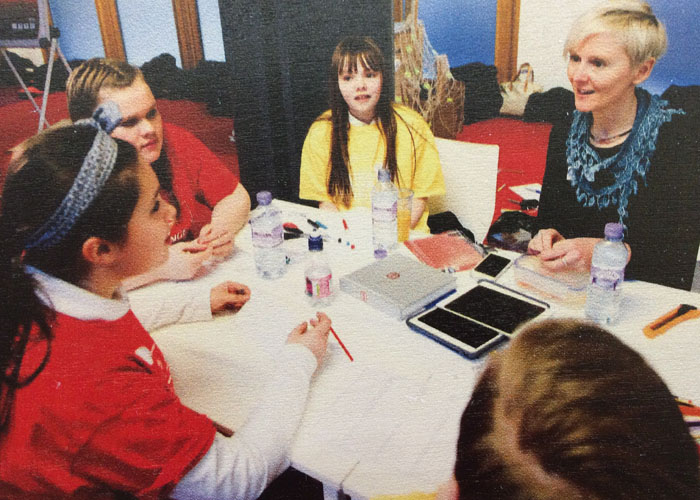 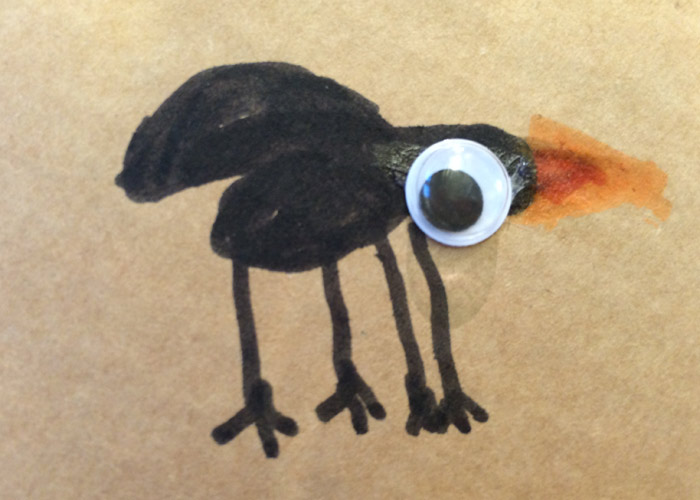 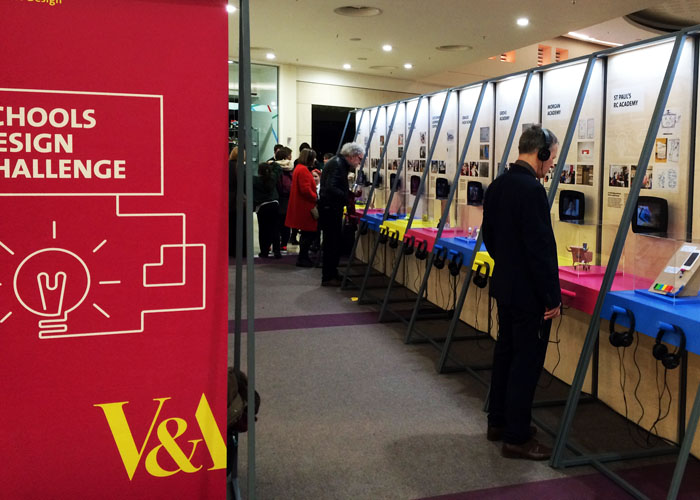 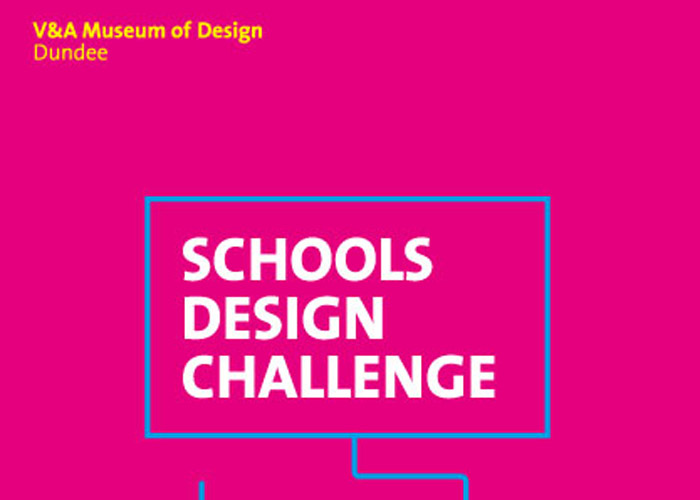 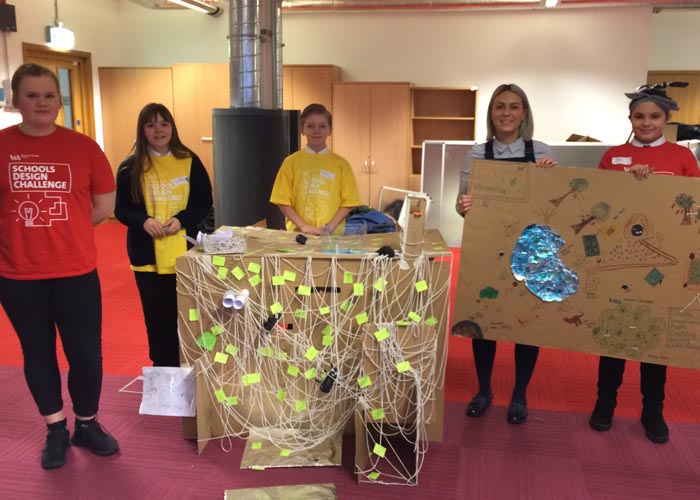 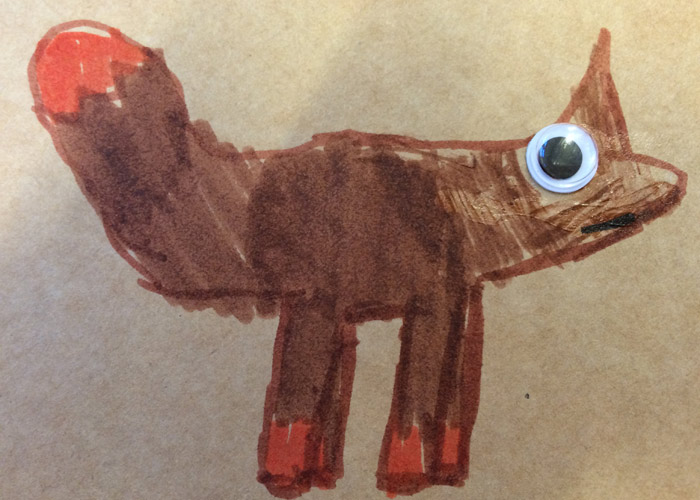 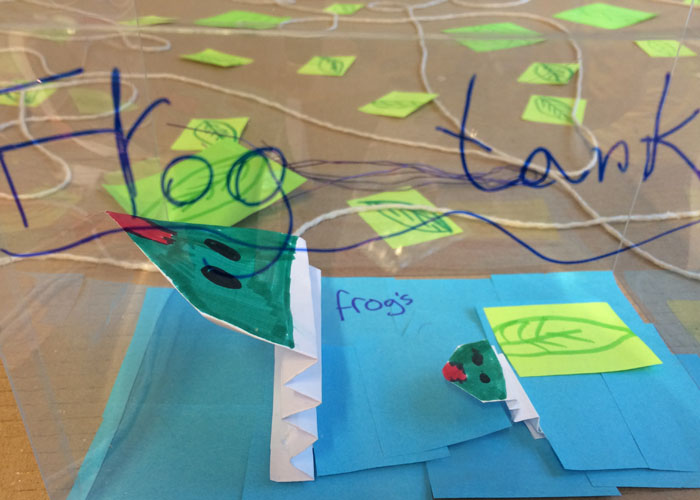 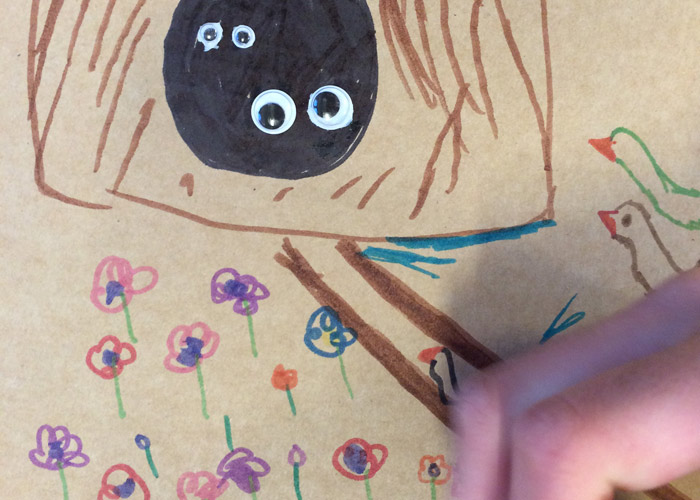 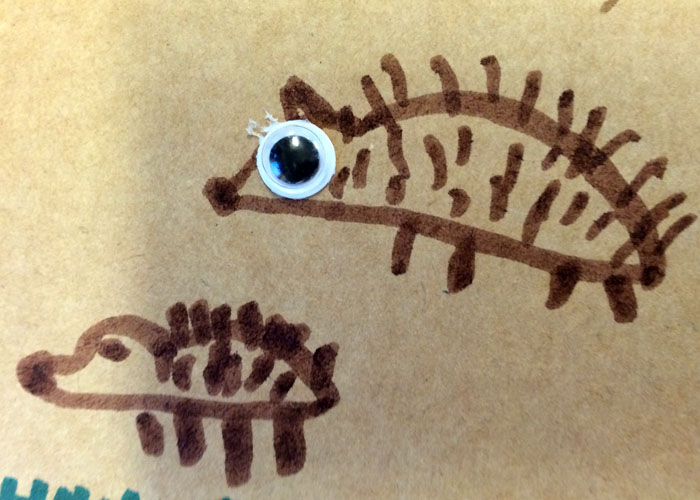 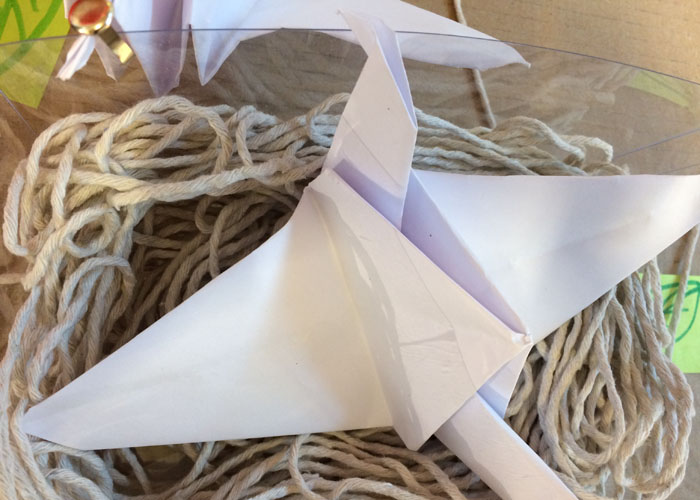 Over 1000 S1 pupils in 250 teams from across Dundee and Angus submitted design ideas about how to improve their school to the V&A Schools Design Challenge Competition in 2016. 10 of those teams were shortlisted and each won a day with a designer. Kirsty was delighted to be invited to join one of the teams as their designer. All the teams and designers came together to explore their ideas in one day. We worked together to develop the young people’s ideas and for them to become the designers themselves.

Kirsty worked with a group from Craigie High who designed a wildlife watching shelter and biodiversity garden. Their ideas were seemingly endless with drawings flowing from the 5 pupils to represent every aspect of their thoughts – filling the space around them and with the ideas being turned into a sculpture in only a few hours. At the end of the day the pupils presented their ideas to the other 9 teams and a short video of them and their day was produced which captures a taste of their energy and enthusiasm.

This was a great project to be involved with to inspire these young people and Kirsty was inspired by them in return. The day was summed up by one of the students:

‘we all started with one little idea… and it turned into something really big’.

The V&A Museum of Design curated and exhibition of all of the work which has been exhibited at several locations in the city, including at the Dundee Design Festival 2016.